Editorial sloppiness at ACM; is it still a minor issue when someone senior is paid to be hawkish about English?

OK, it seems like a minor issue when a staff misses a spelling error or an inappropriate punctuation that eventually gets displayed at the museum. We all make mistakes, yes?

But then again, most museums do not have an “Assistant Director – Editorial & Interpretation” on its payroll. Asian Civilisations Museum actually employs someone who goes by that title, Richard Lingner. I don’t really know what he does, but I assume the least he could do is to ensure that exhibition text is read for consistency prior to display.

So since someone at ACM is not only paid but is also in a senior position as an editor, you’d think that simple issues like ‘…ise’ or ‘…ize’ would be sorted out before display, and even if there are inconsistencies, Richard should’ve picked them out with his eagle eyes before the text gets put onto a wall. You’d think.

So for the new Port Cities exhibition, below are 2 photos showing parts of the main text that visitors get to read right at the start of the show. Mind you these are in large-print, and not fine print hidden in the back of a brochure or small artifact info-panel.

Since “globalization” and “improvisations” are both spelt distinctively, it means that the museum hasn’t decided if it should go ‘British’ (ie globalisation) or ‘American’ (ie improvizations). But this is easy enough ain’t it? Its own name “Asian Civilisations Museum” already points to the preference for ‘ise’, so why the glaring flip-flop right at the start of a show that the museum is proud of?

Like I said, it seems to be a minor issue; but then again, are we letting off the hook the someone who is paid 1000s a month precisely to spot such hiccups before they go into print? And beyond the Editorial asst director, dozens of other ACM staff should’ve also read the text by now right? No one has caught the inconsistencies yet?? 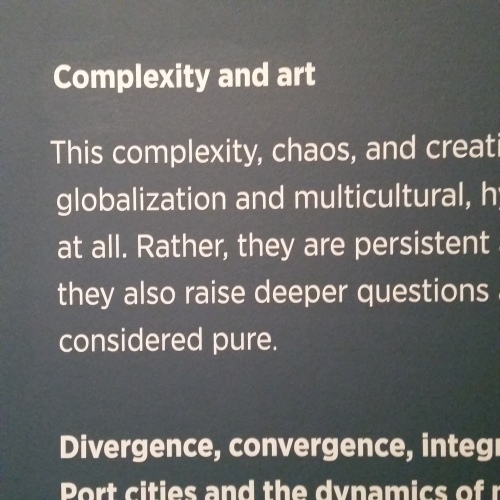 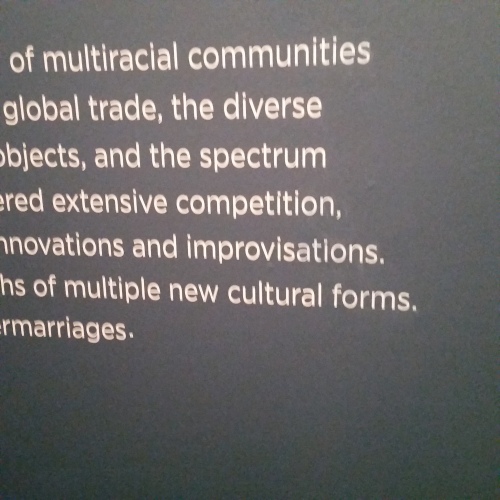 One response to “Editorial sloppiness at ACM; is it still a minor issue when someone senior is paid to be hawkish about English?”