1.5hr wait is worth it just to save $8?: Sun-burnt people and the urge to be frugal 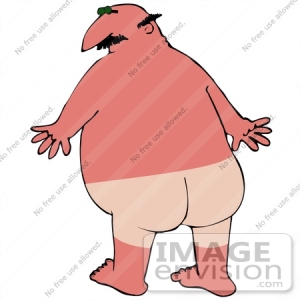 I was taking a stroll last Saturday around the Esplanade at 3pm. I didn’t have the intention of swinging round to the Asian Civilisations Museum even though it was nearby. The reason? They were having an ‘open house’ with free entry and activities to support the current China terracotta warriors exhibition, and that spells ‘crowds’. But I did have a lot of time to kill.

I walked up to ACM at about 4pm, and my modest expectations were overwhelmed. I had anticipated that the place would be crowded, but the sheer number of people was surprising! From the glass doors of the main entrance, the queue snaked out and around the outside of the museum, almost reaching the walkway that runs parallel to the S’pore River. I estimated that there were 250+ people queuing, with only about 15% standing in the air-con comfort of the lobby, while 85% stood under the hot sun. I asked a guard how long the wait would have been if I had decided to join the end of the line; “more than 1 hour” he said.

Of course I did not join the line. I wasn’t money-pinching enough to think that the 1hr+ wait under the blazing sun would justify an extra $8 staying in my pocket. Also, I would rather pay $8 to see the exhibition in relative comfort than to share the space with throngs of people all wanting a piece of the action.

But the long queue of willing visitors proves that there are many who would rather get sunburnt than part with $8 to see a special exhibition. There’s talk that the National Heritage Board – thanks to the grumblings of some MPs – is finally considering free entry to their museums. But then again, the free entry would probably apply to the permanent galleries only, while visitors will still have to buy tickets for special exhibitions (like at the British Museum).

I’ve grown accustomed to high prices in Singapore, and that’s why I feel that $8 is worthwhile for a special exhibition that I want to see. But the fact is that for many, their eagerness to see such exhibitions – demonstrated by their willingness to get fried under the sun – is not matched by their inclination to pay for such high-quality shows. I recall similar scenes at the Egyptian exhibition at the National Museum when it had its ‘free days’, among others.

There lies a problem. We appear to have a public that is increasingly getting more sophisticated in the arts/culture that they consume, but yet for many, they would rather not have to pay for this conspicuous consumption. If museums do not collect enough at the ticket booths, then the government and private industries have to pick up the slack with grants and donations  respectively. I hope that in an increasingly polished society, us ordinary Singaporeans can ramp up our support for arts/culture starting with the simple act of forking out a few dollars for the exhibitions that we really want to see.

One response to “1.5hr wait is worth it just to save $8?: Sun-burnt people and the urge to be frugal”