National Arts Council of Singapore says “You can be as arty-farty as you want, but toe the line if you want public funds” 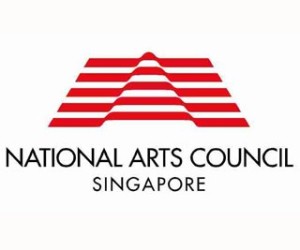 Great news for the incubation of arts in Singapore!

Reason? It was reported that NAC’s Elaine Ng said that Wild Rice’s fund-request for its Singapore Theater Festival was not fully support because “…the proposed content…doesn’t meet our criteria. It detracts in certain areas, like disparaging public institutions.” And to put a positive spin to the reduced funding, Miss Ng said the festival “…can serve as an independent voice.”

The “proposed content” is likely to be political topics that get made fun of or ‘minority’ issues like homosexuality. According to Wild Rice (click ‘here‘), this government fund-reduction is not new, as their funds received in 2010 was less than what was given in 2009.

To put it into perspective, we must be happy that despite Wild Rice’s focus on beyond-the-norm issues, it STILL gets government funding. It would’ve been just as easy for NAC to NOT fund it at all.

However, Miss Ng’s terse statement that contents that “disparage” public institutions will result in less money going to Wild Rice is not good. This is a sign that the government is trying to distance itself from such jibes. Why should the dog that bit the hand that feeds it, expect to be fed again by the same hand, right?

NAC’s position is very telling about how our government is increasing its use of the ‘softly-softly’ approach in steering arts/cultural (and other publicly-funded institutions) scenes to the ‘appropriate’ direction. I wouldn’t exactly call this ‘censorship’, but the message for those who depend on government funds to conform to a government-sanctioned-outlook is loud and clear.

Want to stage a play about highly-paid public servants and their follies? Can, but be prepared to watch your public-fund-support fall gradually.

Want to teach undergrads about the entire spectrum of PAP’s political tools? Can, but perhaps the department may not get so much funding from MOE.

As Singaporean institutions do a balancing act between ‘more freedom, less control’, we will see more of this softly-softly approach that hopes for fund-takers to equate ‘self-regulation-so-as-not-to-stray-from-the-norm’ with a governmental pat on the head. Pavlov will be so proud of our administrators for taking a page right out of his books.